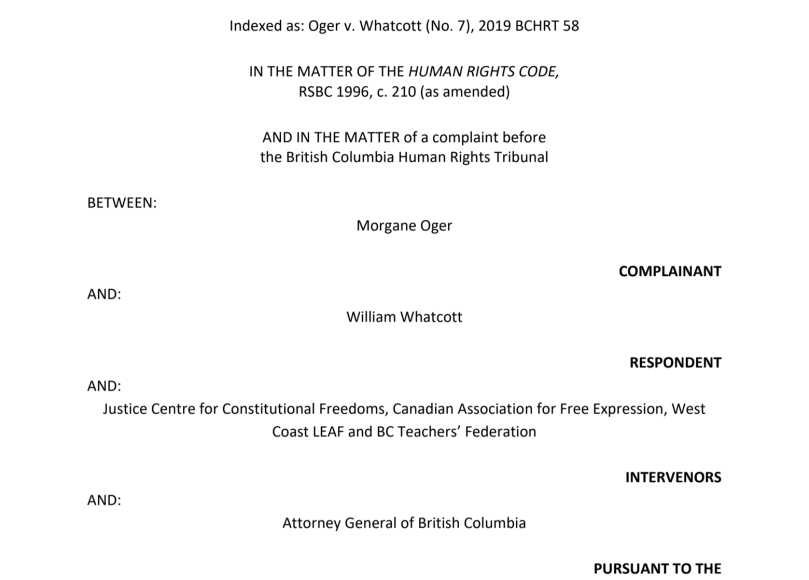 On 27 March, the BC Human Rights Tribunal ruled in my favour in my complaint against Bill Whatcott that stemmed from his distribution of flyers containing anti-transgender propaganda and encouraging people to discriminate against me due to my being a transgender woman.

The BC Human Rights Tribunal agreed with me that Bill Whatcott announcing his intention to discriminate and urging others to do the same because I was transgender was a violation of the explicit prohibition from discrimination on the basis of gender identity or expression as it applies to publications, insection 7 of the BC Human Rights Code.

I recorded a short video expressing my thoughts about this groundbreaking ruling that finally tells us all there are limits to our charter rights when it comes to hate propaganda.

The ruling finally confirms that bigots can’t simply hide behind their faith or free expression to publish hate propaganda aimed at inciting discrimination on prohibited grounds.

I hope others in Canada will make use of this ruling to protect themselves from hate propaganda they experience. See also this posting from earlier this week.